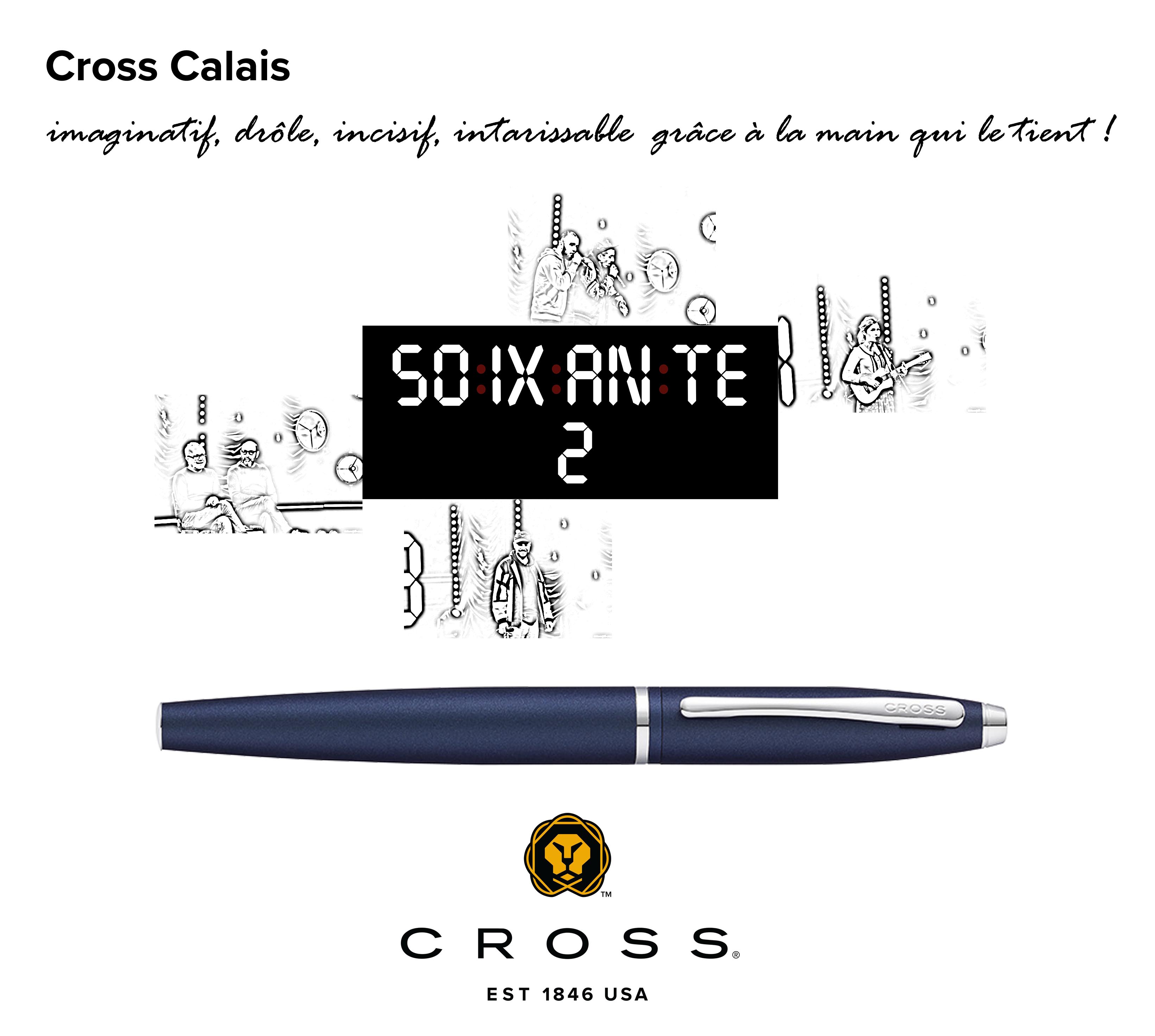 Because it is more than ever viral to laugh, to be inspired, to create, to federate, to find the links that bring us together, At Cross is proud to sponsor the Canal+ programme Soixante whose 2nd edition will be broadcast very soon. During its recording at the Théâtre l’Européen in Paris last September, each of the artists participating in the programme was given a Cross pen so that they could always express themselves at their best! You know the one that has been chosen as it is one of the flagship models of the Business Gift collection. It’s the Cross Calais whose round lines offer you great writing comfort and whose timeless design stands the test of time.

Last year, for the first time, Cross made a similar contribution to celebrating the creative genius of budding and established artists. By putting our manufacturing know-how at the service of such personalities as Kyan Khojandi, Kev Adams, Big Flo & Oli, Kad Merad, Bérengère Krief, or Nadia Roz among others, we paid tribute to the talent they embody as much as to the values of our brand. The company has been creating pens since 1846 to allow everyone to express themselves, to exist. If it is true that the pen was originally just a tool, it has become no less imaginative, funny, incisive and inexhaustible thanks to the hand that holds it!

Based on the same principle as its first edition broadcast in June 2019, the show Soixante, an adaptation of a Quebec concept, returns with 60 comedians or personalities from the world of entertainment ready to take up the challenge of laughter by performing a series of shows every 60 seconds. Once again, the casting will remain secret until its broadcast. So who will be the laughter troublers who will taunt time to make us forget it? Let’s meet on November 18th at 9 pm to find out. And don’t forget, it is urgent to laugh, read and write.